Many people suffer these days from chronic fatigue, also called Myalgic Encephalomyelitis (M.E.), or Fibromyalgia. There does not seem a cause for it;  at least not one that can easily be found by the medical profession.

The two viruses can definitely cause a lot of problems, but chronic fatigue does not seem to be one of them. Of course, these viruses may be found in those who have chronic fatigue, but they may not be there as the causal factor, but as a result.

The Helicobacter Bacteria is often regarded as a possible cause of stomach ulcers, but is not. The two are often found together, but cause and effect have been confused. The same applies to smoking and lung cancer, or heart and vascular diseases. ‘Specialists’ say smoking is the cause of those illnesses.

Again, they often go together, but not in a cause-effect relationship. Lung cancer, heart and vascular diseases, and smoking are all a result of the same thing; namely stress.

You experience stress because you are not capable of doing the things you need to do, or think you have to do them. You may do them on will power alone. Willpower is often seen as something very positive, but it does not have to be like that. If it is not coupled to being stark and powerful with a lot of drive, then it is useless. Then will power takes energy of which you do not have enough anyway. This willpower causes stress, which takes away even more energy.

But how can such a thing get into motion at all?

We hear ever more of the chronic fatigue syndrome. More and more people seem to suffer from it. It definitely is a civilization problem. But what is the main cause? It is electron spin inversion. What is this?

Every atom has its own nucleus, and around the nucleus turn the electrons. Just like the planets turn around the sun. Every planet also turns around its own axis, as do the electrons. If one has an electron spin inversion, those electrons start turning the other way, around their own axis. 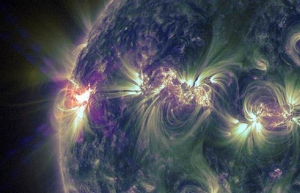 This event is very detrimental to the body. The first symptoms are:

1) You are tired even after a good night sleep,

2) You get ever more environmental allergies.

If this is the case, people are absolutely “therapy- resistant”.   They will not react positively to any therapy. They may react the opposite way on medicine, on massage, on acupuncture, on homeopathy; simply on everything. The body works against itself. It does not absorb any nutrients anymore. 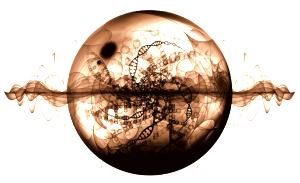 Simply nothing will work, or works the other way. All kinds of things that patients used to enjoy, are not enjoyable anymore. These patients often become electro-sensitive, meaning that a TV or a computer puts them down.

This electron spin inversion is always caused by an external magnetic field. It can be electromagnetic or geo-magnetic, meaning it can be produced by electrical appliances, or wires, or by disturbances in the field of the earth.

NASA-funded researchers say a flurry of solar storms from March 8-10, 2012 dumped enough energy in Earth’s upper atmosphere (our thermosphere absorbed 26 billion kWh of energy) to power every residence in New York City for two years as recorded by the SABER instrument onboard NASA’s TIMED satellite. This energy temporarily increases the drag on low-orbiting satellites, which decreases their lifetime by bringing them closer to the day of re-entry. There is a plus side; extra drag helps clear … To read more about causes from SOLAR STORMS 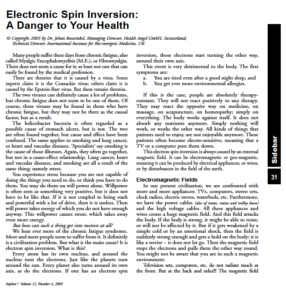 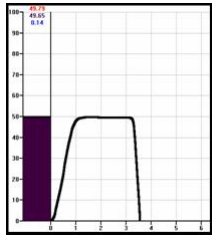 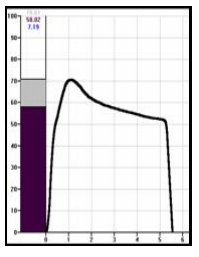