The Healing Power of Connection  by Lynn McTaggart 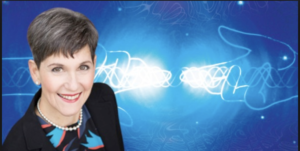 Conventional science describes the world as machine. It describes our body as one more machine that gets broken. It also describes us as discrete entities that end with the hair on our skin, at which point the rest of the world begins. Consciousness is seen as being locked inside our skulls, and we are separate from every other thing in the world.

A scientific revolution is currently upending that idea completely. In the early stages of the field, quantum scientists realized that empty space is a hive of activity caused by the interaction of subatomic particles that send energy back and forth like an endless game of tennis. More recently, Hal Puthoff recognized the importance of this. He realized that subatomic particles are actually waves that encode information. If they interact with all the subatomic particles in the world, they have essentially an information headquarters of everything that ever was. He also recognized that waves go on forever, meaning that this was a mechanism by which we could understand that everything in the universe is connected.

Along with many of the quantum pioneers like Werner Heisenberg, Hal recognized that there are no
underlying realities, but only the space between things. This is a connection between things that is so integral and so profound that it is impossible to say where one thing ends and another begins. In essence, everything can be reduced to a relationship.

Scientists would like you to believe that there are two types of truth; scientific laws for the large, visible sticks and stones world that we can see with our eyes and the laws for the tiny world of the quantum. However Anton Zeilinger at the University of Vienna is discovering that big things, giant molecules, also operate according to quantum processes. This means that they are in a state of superposition – they are malleable.

Imagine a stadium with many chairs. If a quantum particle were a normal element, it would occupy just one chair. But a quantum particle occupies every seat in the stadium at the same time. That is what superposition means; the quantum particle has not yet settled down to one self. We are now discovering that photosynthesis operates according to properties that require superposition. Giant molecules operate according to quantum superposition. Things are unfinished. We now know that this is a dance that requires things in our environment, even the mind, to finish the job. Findings from many fields, including biology, psychology and anthropology, show that people are constantly being rebuilt from the outside in. This contradicts what we are normally told. We are told that we have a master blueprint in our DNA that is fixed from birth.

However, Randy Jirtle, an expert in genetic aspects gone wrong, did an experiment with colleagues to see if they could override genetic programming by manipulating environmental influences. They worked with the agouti mouse, that has a genetic defect rendering them very obese and peach colored. That defect was consistently passed down to their offspring, who were also obese. The agouti gene makes it difficult for these mice to process B vitamins. Jirtle and his colleagues gave pregnant agouti mice some B vitamins and their offspring were slim, brown, normal mice. They found that environmental influences can override genes.

We now know that genes are essentially like piano keys, sitting there silently, waiting to be played. What plays a gene? A quartet of atoms that sit above the gene called the epigenome. These atoms are influenced by external things; the food we eat, the water we drink, the air we breathe, the friends we have, the sum total of how we live our lives. Researchers from Rochester started looking through data from the Women’s Health Initiative, a large study of hundreds of thousands of women in the U.S. They wanted to see whether women with a family history of breast cancer had an increased incidence. They found that the only excess of breast cancer occurred among those women who were taking hormones. Family history had nothing to do with it. Environmental things, like taking hormones, made those genes express that put them into play.

John Cairns did a remarkable study looking at bacteria. He wanted to see what would happen if he took bacteria that were lactose-intolerant and put them in a hostile environment, a medium filled with lactose. He assumed that they would stop reproducing and die off. But that did not occur. One of the bacteria’s genes began mutating until one mutation came along that was able to process lactose. At this point, the bacteria snipped out the old one and put in the new version. When it was published, this study rocked the scientific community because it basically said that environmental influences can mutate and change  genes.

The Power of Thought

The placebo effect works 60 to 70% of the time. There is no drug on the market that works as well. Former Dean of Engineering Robert Jahn and Dr. Brenda Dunne of Princeton University decided to see whether or not people can affect electronic equipment. They showed participants an image on the computer that would randomly alternate between two images, for example cowboys and Indians. They asked participants to stand in front of the machine and will that machine to have more cowboys than Indians or the reverse.

Jahn and Dunne did hundreds of thousands of these studies and had results of 52% in favor of change. That sounds like chance, which is 50%. However, then they looked at the rate of change, which is an effect size. That is what medical studies do. Their effect size was 0.2 per hour. Let us compare that to one of the most successful drugs on the market, aspirin. Aspirin is considered a medical miracle. Its effect size is 0.03, which is 10 times smaller than the effect size of people using their thoughts to change an image on a computer. That is powerful medicine.

Fritz-Albert Popp, a German physicist, discovered that all living things are essentially candles, beaming out a very tiny low-current of light at every moment. He discovered some incredible things about that light. It is synchronicitous. When we send out light, other living things are sending light back. He also found that there is a global communication system in the body. For example, if he put medicine on one part of the hand, it would change the light there, but it would also change the light everywhere else in the body. This would suggest that this is a communication vehicle for the body. He also discovered that light comes out of DNA.

“To be a true explorer in science—to follow the unprejudiced lead of pure scientific inquiry—is to be unafraid to propose the unthinkable, and to prove friends, colleagues, and scientific paradigms wrong.”
Lynne McTaggart, "The Field": The Quest for the Secret Force of the Universe 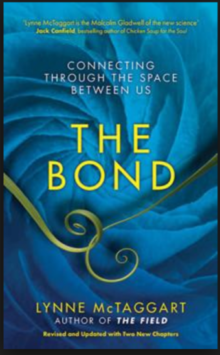 “People can not be separated from their environment. Living consciousness is not an isolated unit. Human consciousness is increasing the order of the rest of the world and has an incredible power to heal ourselves and the world: in a certain sense we make the world as such, as we wish.”
Lynne McTaggart, "The Field": The Quest for the Secret Force of the Universe 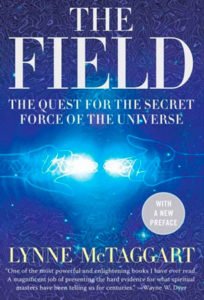 “The Newtonian vision describes a reliable place inhabited by well-behaved and easily identifiable matter. The world view arising from these discoveries is also bolstered by the philosophical implications of Charles Darwin’s theory of evolution, with its suggestion that survival is available only to the genetically rugged individual.
These, in their essence, are stories that idealize separateness. From the moment we are born, we are told that for every winner there must be a loser. From that constricted vision we have fashioned our world.

The Field tells a radically new scientific story. The latest chapter of that story, written by a group of largely unknown frontier scientific explorers, suggests that at our essence we exist as a unity, a relationship – utterly interdependent, the parts affecting the whole”

Lynne McTaggart, "The Field" : The Quest for the Secret Force of the Universe 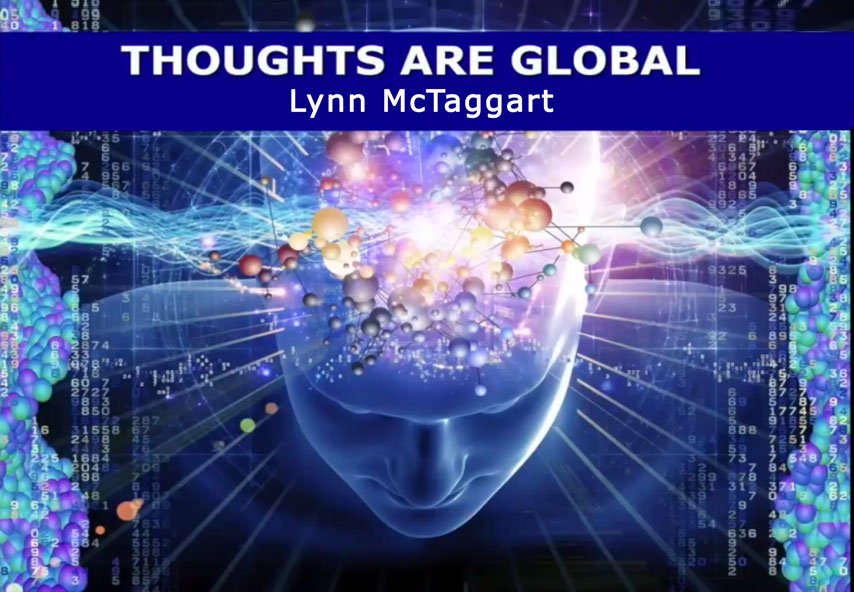 “People can not be separated from their environment. Living consciousness is not an isolated unit. Human consciousness is increasing the order of the rest of the world and has an incredible power to heal ourselves and the world: in a certain sense we make the world as such, as we wish.”

Lynne McTaggart, The Field: The Quest for the Secret Force of the Universe
Site Protection is enabled by using WP Site Protector from Exattosoft.com