Biophotons "Light in our Cells"

“Biophotons”: The Light in Our Cells 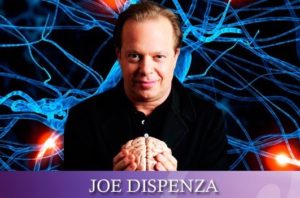 There are trillions of cells that make up your body. For the moment I want you to think about just one. That one cell is incredibly busy. In just the last second there were over 100,000 chemical reactions that occurred in this cell. Now, step back and consider your body as a whole. The sheer volume of activity happening inside you at any given moment is almost incomprehensible. With so much information being processed all at once, it’s fair to ask how it all works.

The consensus in the scientific community used to focus on a mechanistic approach to explain the inner workings of your body. In this model, molecular reactions were assumed to follow a very linear formula. Essentially event A produces event B which produces event C, etc. In this theory the human body isn’t a fluid, ever-changing system but a static one, governed by a set of rigid rules where the laws of attraction and repulsion of molecular charges run the show. 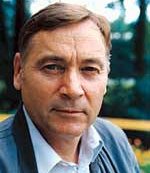 In the 1970s Fritz Popp and a team of researchers at the University of Marburg started doing work with biophotons. Biophotons are considered ultra-weak photo emissions (UPEs). Popp’s work has transformed our understanding of biophotons and the role they play. At one point biophotons were considered byproducts of chemical reactions within our DNA. We now know that the biphotons emitted from our cells are highly coherent energy that may be responsible for the operation of our biological systems.

You may have heard of a concept in nature called bioluminescence whereby an animal like a jellyfish or firefly emits light. Biophotons fall into a similar realm of bioluminescence. However, the light coming from our bodies is very faint – invisible to the naked eye – and can only be measured with powerful scientific instruments.

Research into biophotons raises some interesting possibilities. Russian scientist Sergey Mayburov observed a batch of eggs from fish and frogs. He found that biophotons communicate in short, synchronized, quasi-periodic bursts. Previous experiments showed that fish eggs stored in different locations were able to sync their development through the use of biophotons. This idea of non-local communication between systems suggests that the light emitted from our cells may carry information which transcends current mainstream thought about how our biological systems work.

“…Biophotons are a highly coherent form of energy that allow for communication between cells and an external energy field….Biophotons offer a different way of understanding. Biophotonic emissions are much more fluid in nature and respond to information being received. This information is communicated between cells which then make adjustments..”

“Most therapies try to treat diseases, Biontologists endeavour to treat human beings. Biontologists try to look for the truth that lies behind the sickness, the real cause of any disturbance.”

Mayburov likens this form of communication to the way error-correcting software sends binary data over a noisy incoherent channel. The goal in Mayburov’s example is to restore the system to coherent working order and that’s important when you consider the potential for biophotons in the human body. Since all frequency carries information, it makes sense that the coherent energy from this light could organize and influence matter into a more healthy balance.

Remember, coherence refers to a highly-structured and organized frequency. Think of a drum circle where all the players are working in the same rhythm and beat. This music is synchronized, organized and easy on the ears. That’s coherence. Now, picture a few of those drummers playing at a different speed or putting an emphasis on the wrong note. This music is jumbled and much harder to understand or enjoy. That’s incoherence.

Another Russian scientist named Peter Gariaev placed DNA inside a quartz container and zapped it with a laser (a very coherent form of light). The DNA absorbed the light and stored it for up to thirty days inside a corkscrew shaped spiral in an exact blueprint of light reflecting the DNA pattern. Even more interesting is that the spiral of light stayed in the same place even after the quartz container and the DNA had been removed

Gariaev’s work suggests some unknown force is holding the light in place. One possible explanation is that the DNA is responding to an external energy field. This energy field is exchanging information with your cells in the form of light. In essence, our bodies are working as a giant antenna that is constantly sending and receiving signals from the field.

This research even suggests that all living biological systems, including us, have the exact blueprint of our physical bodies stored in a field of light. We don’t have to look too hard to find similar examples of this phenomenon elsewhere in nature. Experiments done years earlier with plants showed that when part of leaf was cut off, a field of light – like the one from Gariaev’s tests – still remained around the perimeter of the leaf for an extended period of time.

The work into biophotons challenges our current understanding of cellular processes. In the traditional Newtonian model, the chemical reactions in our cells are essentially runners in a relay race handing off pieces of information at a specific time and place just like runners pass a baton to one another. If the research into biophotons proves correct then our cells behave much more like a symphony.

Picture a conductor using his hands and wand to send cues about whether or not to be louder or quieter, faster or slower. The musicians respond with small adjustments that keep the piece flowing smoothly which cues the conductor which cues the musicians and so on. Viewed in this way, our cells have more of a symbiotic relationship to each other and with the world around them.

According to Popp’s research, the symphony of cells in our bodies send and receive messages faster than the speed of light, which further challenges the old Newtonian model of how our bodies operate.   The pace of this interaction means it’s a quantum phenomenon and needs to be evaluated differently. Indeed, the relatively new field of information biology is built on the belief that cells are guided by some external field of information and are not exclusively regulated by molecular charges.

Now, whether or not the biophotons in our cells are responding to an energy field or something else entirely is still being investigated. However, it does appear that we have the ability to influence the light coming from our bodies.

“Root Canals are a zillion times worse than mercury fillings.. I have seen people pushing along in a wheelchair. I wonder when did you have your root canal done? Because root canals so far have turned out to be one of the most vile things that I have ever run into!.” 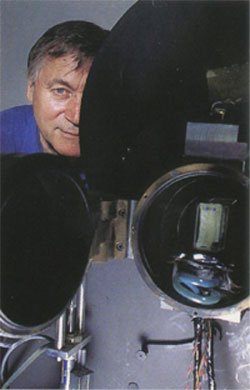 In a recent study, eight volunteers were placed in a darkened room and asked to visualize a bright light. The participants were monitored with light detectors that picked up an aura of light particles coming from the right side of their brains.   In a sense they were enhancing light.

What does this mean? We know that our cells emit light and that this light is constantly sending and receiving information. We also know that we have at least some ability to affect this light. If this is true then we have access to the control center of our minds and bodies. And if we have access and influence then we have the ability to change ourselves at the most fundamental level by enhancing our light.

“We are still on the threshold of fully understanding the complex relationship between light and life, but we can now say emphatically, that the function of our entire metabolism is dependent on light.”