“We cannot solve our problems with the same thinking we used when we created them.” -Albert Einstein 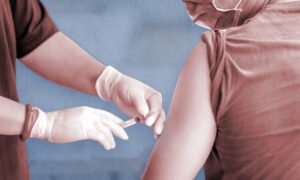 There seems to be a strong presumption that the ultimate answer to the COVID-19 pandemic is a vaccine. People are made to believe that a magical vaccine is in the offing and the world will be saved from the pandemic. Bill Gates and Big Pharma push hard to hasten vaccine development.

The World Health Organization and most governments easily agree. Rapid clinical trials have started and several companies are in the race to put their candidate products on the market. The mainstream media is all hype and bombards the public with glowing pro-vaccine messages, conditioning them to accept vaccination with no questions asked.

The reductionist thinking behind the vaccination dogma is woefully outmoded.

It is more than a century old, coincident with the equally outmoded reductionist germ theory of disease, first proposed by Louis Pasteur in the late 19th century, which says that certain diseases, mainly infectious diseases, are caused by the invasion of the body by microorganisms, too small to be seen by the naked eye. At that time, there was barely an understanding of the infinitely complex nature and behaviour of the immune system; interrelationships of humans, microbes and environment; social determinants and other factors. There was no realization that viruses and other microbes are largely friends and have been playing a significant role in the evolution and survival of all life forms in our entire ecosystem.

Microbes and their elements are in fact essential components of the human biological entity and perform critical physiologic functions that maintain homeostasis and a robust immune system. Rather than cultivating harmony and co-existence, however, the power elite institutions and their agents have declared these microbes as mortal enemies that deserve to be eliminated. The prevailing medical paradigm fails to recognize that illness is in fact a disruption of the harmony between humans and their physical, chemical, biological, spiritual and social environment .

Mainstream medicine and official bodies uniformly extol the virtues of vaccination. People are left
with the impression that before the introduction of vaccines, there were rampant microbial plagues that killed scores of people and that, because of vaccines, these microbes were largely
controlled and eliminated. Independent analysis of scientific data however shows this often-repeated mantra that vaccines were key in the decline of infectious disease deaths is a fallacy. Deaths had decreased massively before vaccinations, mainly due to improvements in socio-economic and environmental conditions and advances in public health measures. Infectious diseases were mostly benign, managed efficiently by our body’s natural immune system and conferred protection from subsequent infections and even protection from other non-infectious illnesses.

Epidemics and massive deaths occurred mainly because of man-made severe disruption of our balanced relationship with our environment.

Historical and scientific evidence also clearly show that vaccines are not the saviours that they are purported to be. In fact, many of the mass vaccination campaigns in the past resulted in disastrous results. For example, in the Philippines, in 1918, The US occupying army implemented forced mass vaccination of smallpox when no epidemic was brewing, which resulted to 16,477 deaths out of 47,369 cases of smallpox, most of them vaccinated. 6 In Japan, official records from 1892 to 1897 show that mass vaccination resulted to 41,946 cases of smallpox with 12,276 deaths—a mortality rate of 32 %, nearly twice that from smallpox previous to the vaccination.

In England and Wales, between 1934 and 1961, not one death from natural smallpox infection was recorded, and yet during this same period, 115 children under 5 years of age died as a result of the smallpox vaccination.7

The situation was just as bad in the USA where 300 children died from the complications of smallpox vaccine from 1948 to 1969.

Yet during that same period there was not one reported case of smallpox in the country.

Similar disastrous results also happened with the polio vaccine. The majority of polio cases actually do not cause symptoms in those who are infected. Symptoms occur in only approximately 5 percent of
infections with a case fatality rate of only about 0.4%. Even during the peak epidemics, poliovirus infection resulting in long-term paralysis was a low-incidence disease that was falsely represented as a rampant and violent paralytic disease by advertising campaigns to fast track the approval and release of the Salk vaccine with Rockefeller as the key supporter. The hasty approval led to the infamous “Cutter disaster,” the poliomyelitis epidemic that was initiated by the use of the Salk vaccine produced by Cutter vaccine company. In the end, at least 220,000 people were infected with the live polio virus contained in the Cutter vaccine. Seventy five percent of Cutter’s victims were paralyzed for the rest of their lives. When national immunization campaigns were initiated in the 1950s, the number of reported cases of polio following mass inoculations with the killed-virus vaccine was significantly greater than before mass inoculations and may have more than doubled in the US as a whole.

Over the years, several scientists and concerned medical doctors and professionals have questioned the efficacy of several vaccines and have warned repeatedly on the significant risks associated with vaccination.13 14 15 16 Despite the fact that vaccines do stimulate the production of specific antibodies, vaccines may in fact be destroying the coordinated and total immune system response to an infection, contrary to what has been claimed that vaccines strengthen the immune system. Several studies have shown the adverse effects of various types of vaccines on the immune system of vaccinated individuals, and clinical studies have shown an increase in the incidence of serious illnesses following vaccination. Many of these illnesses may manifest only much later and by then, the vaccine may not even be suspected as a causative factor.17 18 19 20 21

More distressing is the fact that authorities often knew about the significant adverse effects of vaccines. But instead of correcting their flawed assessment of vaccine safety, they manipulate results to conform to their predetermined conclusion of safety. An illustrative example is what happened at the US Center for Disease Control (CDC) Simpsonwood Conference, where a study by Verstraeten and colleagues that looked at the potential associations between neurodevelopmental disorders (NDDs) and thimerosal among children born from 1992 to 1999 was discussed. Thimerosal appeared to be responsible for a dramatic increase in neurological disorders among children, such as speech delays, attention-deficit disorder, hyperactivity and autism. But instead of taking immediate steps to alert the public and rid the vaccine supply of thimerosal, the CDC opted to cover up the damaging data.22 A congressional committee hearing later concluded, among others, that manufacturers of vaccines and thimerosal, “have never conducted adequate testing on the safety of thimerosal,” and that the US Food and Drug Administration (FDA) and the CDC “failed in their duty to be vigilant as new vaccines containing thimerosal were approved and added to the immunization schedule.”23

The Dengvaxia vaccine fiasco in the Philippines also illustrates the danger of rushing a vaccine and allowing corporate interests driven by market forces to address people’s health needs. As a result, many of the vaccinated suffered or died after a botched mass vaccination program.24 The vaccine was eventually withdrawn but the damage have already been done. According to the Chief Pathologist of the Public Attorney’s Office, 153 of those vaccinated with Dengvaxia had died as of February 18, 2020.25

Another example of corporate misconduct in vaccine clinical trial is that involving vaccine manufacturers who used phony placebos to conceal a wide range of health risks associated with HPV (Human Papilloma Virus) vaccines. A peer-reviewed report in 2017 unveiled evidence of numerous adverse events, including life-threatening injuries, permanent disabilities, hospitalizations and deaths, reported after vaccination with bivalent, quadrivalent or nine-valent HPV vaccines. Instead of using genuine inert placebos and comparing health impacts over observation periods required for most new drug approvals, two of the biggest vaccine manufacturers spiked their placebos with a neurotoxic aluminum adjuvant and cut observation periods. The company scientists routinely dismissed, minimized or concealed those injuries using statistical gimmicks and invalid comparisons designed to diminish their relative significance. Equally disturbing is that some regulatory agencies are complicit in covering up increased incidence of adverse effects in post-marketing surveillance studies.

Safety have never been satisfactorily demonstrated for practically all vaccines routinely given today using the gold standard research methodology, a double-blind, randomized, placebo controlled clinical trial study. Current safety assessments under the corporate dominated status quo are grossly inadequate and oftentimes erroneous. In fact, it can be argued that most clinical trials undertaken in support of approved vaccines are violative of the ethical principles for medical research involving human subjects as stipulated in the World Medical Association Declaration of Helsinki. In the US, there is not a single vaccine routinely injected into American babies between 6 months and 18 months of life that was licensed based on a clinical trial which included a placebo-control group. The same situation is most likely true for the Philippines and many other countries who follow the vaccination schedule recommended by the US CDC and WHO.

The truth about the hazards of vaccination seem to have been buried in the past. The bitter lessons of history fall by the wayside in the mad rush to develop a new vaccine, this time for the COVID-19 virus. Barely a few months after the presumed discovery of the new virus, clinical trials have already started, too fast for comfort. Vaccine development normally takes about two years before the vaccine can be ready for testing in humans and another eight years before clinical trials can be completed. Despite the rigorous requirements, numerous problems still arise regarding safety and efficacy. During the 2002-2003 SARS outbreak, it took about 20 months before a vaccine was made ready for human testing in clinical trials. Some researchers, including many of the experts who gathered at a WHO meeting to review testing procedures at that time said it was too fast. Eventually, the outbreak died down naturally, most likely because of relatively low infectivity of the virus compared to COVID-19, the innate resilience of humans to infections, public health measures and yet unclear environmental factors. The manufacturers stopped vaccine development because they no longer see profitability. The concerns about safety was left unresolved. Among many other concerns, still in question was the best animal to use to test the safety and efficacy of a SARS or similar vaccine since without a good animal test, human trials could be dangerous.

Last May 18, Moderna, the Gates and US government supported vaccine company, claimed that their experimental COVID-19 vaccine had positive early results and that the company’s vaccine could be available to the public as early as January 2021.

However, Moderna did not mention that 3 of the 15 human volunteers in the high dose group suffered a “serious adverse event” within 43 days of receiving Moderna’s vaccine. Moderna did not release its clinical trial study or raw data, but acknowledged that three volunteers developed Grade 3 systemic events, defined by the FDA as “preventing daily activity and requiring medical intervention.”

Pharmaceutical companies and their cohorts are made unaccountable and continue to profit from the sales of harmful vaccines.