The Electrical Patterns of Life 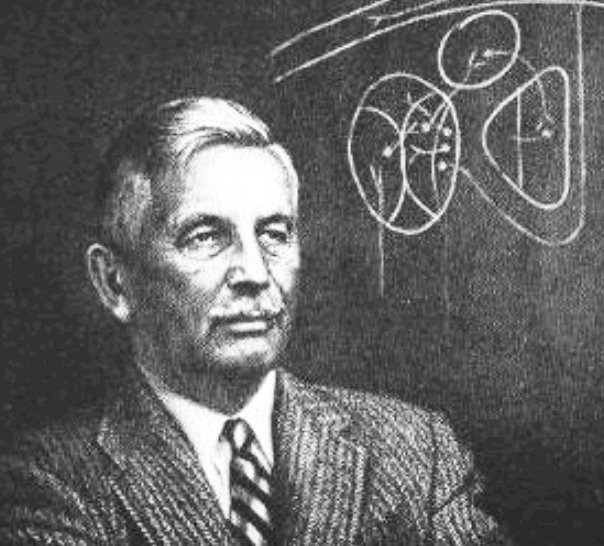 The following excerpts are taken from “Blueprint For Immortality”, by Dr. Harold Saxton Burr.

“The Universe in which we find ourselves and from which we can not be separated is a place of Law and Order. It is not an accident, nor chaos. It is organized and maintained by an Electro-dynamic field capable of determining the position and movement of all charged particles. For nearly half a century, the logical consequences of this theory have been subjected to rigorously controlled conditions and met with no contradictions.“

These were the statements of Dr. Harold Saxton Burr, Ph.D., who was E. K. Hunt Professor Emeritus, Anatomy at Yale University School of Medicine. Dr. Burr was a member of the faculty of medicine for over forty-three years. From 1916 to the late 1950’s, he published, either alone or with others, more than ninety-three scientific papers.

Dr. Burr discovered that all living things – from men to mice, from trees to seeds – are molded and controlled by electro-dynamic fields, which could be measured and mapped with standard voltmeters. These “fields of life,” or L-fields, are the basic blueprints of all life on this planet. Their discovery is of immense significance to all of us. Dr. Burr believed that, since measurements of L-field voltages can reveal physical and mental conditions, doctors should be able to use them to diagnose illness before symptoms develop, and so would have a better chance of successful treatment.

“Electro-dynamic fields are invisible and intangible; and it is hard to visualize them. But a crude analogy may help to show what the fields of life – L-fields for short – do and why they are so important. Most people who have taken high school science will remember that if iron filings are scattered on a card held over a magnet, they will arrange themselves in the pattern of the ‘lines of force‘ of the magnet’s field. And if the filings are thrown away and fresh ones scattered on the card, the new filings will assume the same pattern as the old. Something like this happens in the human body. Its molecules and cells are constantly being torn apart and rebuilt with fresh material from the food we eat. But, thanks to the controlling          L-fields, the new molecules and cells are rebuilt as before and arrange themselves in the same pattern as the old ones.”

“Until modern instruments revealed the existence of the controlling L-fields, biologists were at a loss to explain how our bodies ‘keep in shape’ through ceaseless metabolism and changes of material. Now the mystery has been solved: the electro-dynamic field of the body serves as a matrix or mould which preserves the ‘shape’ or arrangement of any material poured into it, however often the material may be changed.”

“When a cook looks at a jelly mould, she knows the shape of the jelly she will turn out of it. In much the same way, inspection with instruments of an L-field in its initial stage can reveal the future ‘shape’ or arrangement of the materials it will mould. When the L-field in a frog’s egg, for instance, is examined electrically, it is possible to show the future location of the frog’s nervous system because the frog’s L-field is the matrix which will determine the form which will develop from the egg.

“To return to the cook, when she uses a battered mould, she expects to find some dents or bulges in the jelly. Similarly, a ‘battered’ L-field – that is, one with abnormal voltage patterns – can give a warning of something ‘out of shape’ in the body, sometimes in advance of actual symptoms. For example, malignancy in the ovary has been revealed by L-field measurements before any clinical sign could be observed. Such measurements, therefore, could help doctors to detect cancer early, when there is a better chance of treating it successfully.”

Dr. Louis Langman of New York University and Bellevue Hospital Gynaecological Service examined over 1000 patients using electro-metric measurements of the L-field. Dr. Langman and his assistants examined patients who were on the wards of the hospital and were subject to a variety of syndromes. They included fibromas, as well as the usual run of pathological events in the generative tract of these women. In those that showed a marked change in the voltage gradient between the cervix and the ventral abdominal wall, careful watch was kept through subsequent laparotomy.

“There were a hundred and two cases where there was a significant shift in the voltage gradient, suggesting malignancy. Surgical confirmation was found in ninety-five of the one hundred and two cases. The actual position of the malignancy varied all the way from the fundus, to the tubes and to the ovarian tissue itself. We had an astonishingly high percentage of successful identification of malignancy in the generative tract, confirmed by biopsy.”

“In the growth and development of every living system there is obviously some kind of control of the processes. As a distinguished zoologist once said, ‘The growth and development of any living system would appear to be controlled by someone sitting “on the organism” and directing its whole living process.’ The Field theory suggested that it should be possible to determine the polarity and direction of of the flow of energy transformations in the living system. The organism, as a whole, depends on such directives for its continued existence; so also does atypical growth.”

Dr. Burr decided to examine the electrical properties of cancer-susceptible mice to determine if the voltage measurements would change during the initiation and growth of cancer tissue. “The results of the experiment were surprisingly consistent. Twenty-four to twenty-eight hours after the implantation, changes were observed in the voltage gradients. This differential increased steadily and quite smoothly to reach a maximum of approximately five millivolts on or about the eleventh day. In the slow-growing tumors potential differences began to emerge on the third or fourth day, but reached their maximum of approximately three millivolts on the tenth or eleventh day.”

In the control animals there were no significant fluctuations in voltage. “It is clear from these findings that the crest of atypical growth in the host organism produced measurable and reproducible electro-metric correlates.”

“We had reason to believe that the electro-dynamic field could serve as a signpost for a variety of conditions because our experiments had confirmed our basic assumption. This was that the organism possesses a field as a whole which embraces subsidiary or local fields, representing the organism’s component parts. We assumed, then, that variations in the subsidiary fields would be reflected in variations in the flow of energy in the whole system – as we had found in ovulation and malignancy. We decided, therefore, to look for further practical consequences of the theory.”

“We soon found a definite relationship between nerve and tissue in the form of a potential difference, which can be used in quantitative tests of nerve injury. The potentials were not affected by vascular and sweating responses.” Dr. Burr was able to measure the changes taking place in the L-field as wounds would be healing. During all phases of the healing process, gradient measurements could be made to show the body initiating various functions pertaining to wound healing.”

Dr. Burr also decided to investigate if electro-metric technique might be useful in the neurological and psychiatric fields. He conducted numerous experiments with Dr. Leonard J. Ravitz, Jr., at one time on the staff of the Department of Psychiatry at Yale.

Dr. Ravitz found that they could establish baseline voltage gradient measurements for individuals who had normal mental functioning. “It became obvious to Dr. Ravitz’s examination that by using electro-metric techniques on patients in psychiatric hospitals, patients – as a result of therapy or changing circumstances – could safely be discharged from the hospital when the voltage gradient indicated a reasonable return to normal.”

“Likewise, electro-metrics could show clearly enough when certain patients – no matter what the therapy was – could not return safely to normal life outside the institution.

“Another remarkable experiment by Dr. Ravitz, too, in which an emotion of grief recalled under hypnotic regression caused a 14-millivolt rise for two and a half minutes, suggests other possibilities. It cannot be too strongly emphasized that the electro-metric approach to emotional diagnosis can be completely impersonal and objective. The electro-metric investigator of psychiatric patients does not need to know the mental state of the patients. Yet his electro-metric findings tallied closely with the psychiatric diagnoses.

One of Dr. Burr’s most exciting discoveries dealt with the recording of voltage changes during female menstrual cycles.

“They hit on the idea of using a female rabbit because it is known that rabbits ovulate about nine hours after stimulation of the cervix. So a rabbit was stimulated and nine hours later was anaesthetized. After connecting the electrodes and watching through a microscope, suddenly it happened to the awe and delight of the scientists: at the moment when – through the microscope – they saw the follicle rupture and the egg released, there was a sharp change in the voltage on the recorder.

“Shortly after this, a young woman had to have an operation and volunteered to let this be done, when her electrical records indicated that ovulation was imminent. When her voltage gradients started to rise, she was taken to the operating room and an ovary uncovered. A recently ruptured follicle was observed – which confirmed the findings in the rabbit.

“These findings were historic in two ways. They afforded dramatic evidence of the part played by the L-fields in biology. And, for the first time, they showed that the movement of ovulation can accurately be determined electrically. This remarkable discovery has great practical implications. For numerous measurements of female L-fields have revealed that some women may ovulate over the entire menstrual cycle, that ovulation may occur without menstruation, and menses without ovulation. The potential importance of this knowledge to gynecology, family planning, and birth control is obvious. It also helps to explain why the ‘rhythm method’ of birth control is inadequate.”

A patient of Dr. Burr’s, a married woman, made good use of this discovery. For years she and her husband had longed in vain to have children. So, over a period of many weeks, she made regular visits to Dr. Burr’s laboratory and measured the voltages in her own L-field with his instruments. When one day she saw them rising rapidly, she knew that ovulation was imminent, and went to her husband. A longed for – and much loved – child was the happy result of this application of Dr. Burr’s work.

Dr. Burr was a great pioneer! Even today the results of his research could be utilized in numerous ways which would help toward greater health for humanity.