Making Sense of Medicine: Biophotons -The light of life! 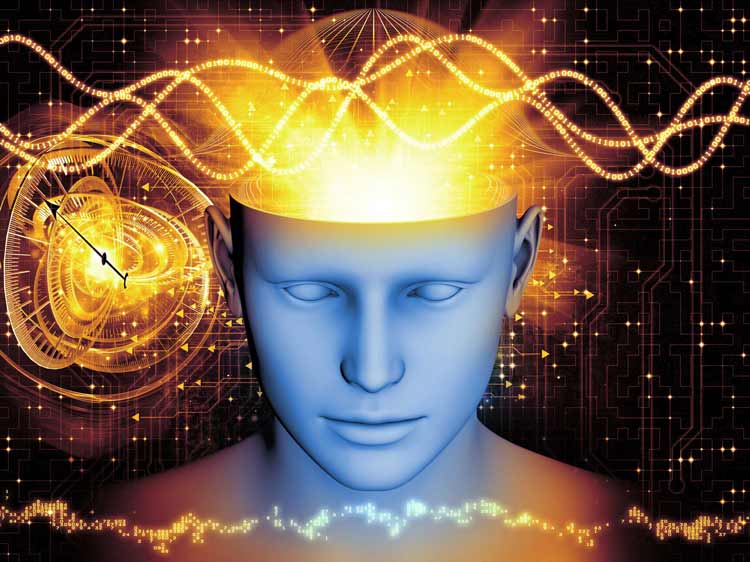 Did you ever have that feeling of a close connection with a person you just met? Can you sometimes sense the mood of another person without actually seeing them?

It must be about qi or prana or auras or other weirdness. You know, all that far-out stuff you hear about those invisible meridians, healing energy pathways, and dah, dah, dah … bunch of nonsense!

The thing is that for thousands of years, countless millions of people have experienced verifiable communications and energies and healings that can’t be explained in rational terms. Or can they?

Light from an onion

In 1923, a Russian cell biologist, Alexander Gurwitsch, discovered extremely low-level ultraviolet light emitted from onions. He called this mitogenic radiation, and his work was used in diagnosing cancer. In 1941, he was awarded the prestigious Stalin Prize for his work.

However, 500 failures to duplicate his research results led to his work being discredited. Later in the 20th century, however, it was taken up by his daughter, Anna, and by others. In the 1970s, German cell biologist Fritz Albert Popp coined the currently used term “biophoton” for this light.

What is a Biophoton?

When thinking about light, we usually think about light waves. Light waves are a kind of electromagnetic radiation that we can see and that has color, based on how fast the wave is vibrating, its frequency. Lower frequencies are toward the red color, and higher frequencies toward violet. There are also those frequencies that are slower than red, infrared, and faster than violet, ultraviolet, that we can’t see with the naked eye.

The interesting thing about light is that in addition to behaving like a wave of energy, it can also behave like a physical particle, a kind of chunk of light, a quantum. It’s this basic unit of light that we call a photon.

Biophotons are photons, bits of light, that are generated spontaneously by most living cells. Research suggests that biophotons are created in the DNA that resides in the mitochondria in your cells. They are created in the 98% of each DNA molecule that is not used for genetic coding of behavior. The genome project referred to this as junk-DNA because they had no idea about its use.

All of your cells, except red blood cells, emit biophotons, but only a few dozen of them per square inch. Because of this paucity, the intensity is very low, by which I mean it’s like looking at a candle that’s about 6 miles away from you.

I should say here that research into understanding biophoton creation and function is still in early stages. So, while a lot has been discovered, and some interesting probabilities lie ahead, one might preface much of what I say with the word “probably.”

Why care about biophotons?

Interesting is research into biophotons’ role in communication inside and outside your body. At base, what is now known is that your cells’ DNA not only emits light, but it absorbs it, as well. The experimental implication is that biophotons are a means of communication among your cells, communication that occurs at the speed of light — 186,000 miles per second. It is now generally accepted that the coordination among cells in your body, coordination that happens within milliseconds and even shorter times, is orchestrated by biophotons.

For such communication to take place, there needs to be not only a sender and a receiver, but also a “language” that is understood by both sender and receiver. Interestingly, as early as 1994, researchers at Harvard Medical School discovered patterns of syntax and grammar in your junk-DNA that are common to all the world’s natural languages. Thus, it seems that your biophotons and mine may speak a common language.

Can you be unconsciously affected by biophotons sent from someone else? It is generally accepted that communication does go on between humans and other organisms at the unconscious level. While much is left to be proven, research is suggesting that such communication is related to biophotons.

In other words, before you say a word to another person, your bodies may already be in unconscious communication. And so, yes, you may sense affinity or the opposite. And, yes, you may feel their anger or joy without any outward indication.

In your body, at the cell level, free radicals are the terrorists. They are a natural byproduct of your body’s turning food into the energy you need for everything you do as part of living. Free radicals have one thing in common, which is that they are missing one electron, and so they feel incomplete. Thus, they are constantly seeking to steal an electron from other stable compounds like your DNA. Such a theft can change unpredictably the nature and function of your genes.