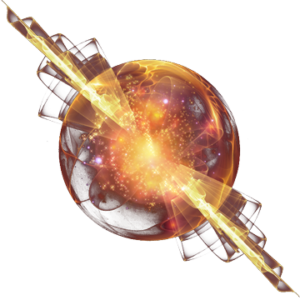 “We are still on the threshold of fully understanding the complex relationship between light and life, but we can now say emphatically, that the function of our entire metabolism is dependent on light.”

It has long been held that non-conventional treatments for cancer such as homeopathy, Tai ji, yoga, or acupuncture couldn’t ‘cure’ a disease because medical science simply didn’t understand how these modalities worked. German researchers have proven, with special equipment created for the study of photons stored in our DNA, that there is no need for chemotherapy, or other invasive surgeries to cure the body of cancer.

As neurophysiologist, Karl Pribram, has postulated, German experimental physicist, Fritz-Alfred Popp has demonstrated, and many ancient cultures have proven, cancer (along with many other diseases) die in the presence of light.

It has been scientifically documented that every cell in the body emits more than 100,000 light impulses or photons per second. These light emissions, which are not only emanated by humans but by all living things, are called biophotons and have been found to be the steering mechanism behind all biochemical reactions.German Scientists Discover Light Shatters Cancerous Cells and Other Diseases

Russian scientist and professor, Alexander G. Gurwitsch first discovered biophotons and the morphogenetic field in 1923, but called these bits of light by a different name. Additional research in the 1970s by experimental and theoretical scientists further suggested that biophotons were indeed real. Then, in 1974 the German biophysicist Fritz-Albert Popp, proved their existence, as well as their origin within our DNA and later their coherence, much like light in a laser. From this varied research, biophoton theory has evolved to its present day science.

As an article which recently appeared in Technology Review, presented by MIT quips,

“One of the more curious backwaters of biology is the study of biophotons: optical or ultraviolet photons emitted by living cells in a way that is distinct from conventional bioluminescence. Nobody is quite sure how cells produce biophotons but the latest thinking is that various molecular processes can emit photons and that these are transported to the cell surface by energy carrying excitons. A similar process carries the energy from photons across giant protein matrices during photosynthesis.

Whatever the mechanism, a growing number of biologists are convinced that when you switch off the lights, cells are bathed in the pale fireworks of a biophoton display.”

Work being conducted currently at the Rhine Bio-energy lab is advancing biophotonic knowledge in such a way as to recognize this previously unidentified source of energy and information in human beings, animals, plants, and other living organisms.

The Rhine lab is proving what chi masters, martial artists, yogis, and others have claimed for centuries, that the flow of “energy,” “prana,” or “chi” can be manipulated, with established physical evidence that this energy or chi exists in the form of bio-photons.

Sifu Cicero, an instructor of chi generation, had the opportunity to have her bio electromagnetic energy (bioenergy) measured by the scientists at the Rhine Research Center using a multiphasic ultra-violet light detector which is designed to measure individual photons produced per half second.

Rhine researchers have been able to measure dramatic increases in the number of photons in a light-proof room when certain people were meditating, performing healings, or claiming to manipulate Chi.

The photon produced by the energized electron falling back to its regular orbit coincides with a specific wavelength. The photon’s color is a direct correlation to its energy; this is the photon’s wavelength in the electromagnetic spectrum and thus, the color of visible light.

When Sifu Cicero’s biophotonic energy was measured, the researchers found her biophoton levels were very high, in the ultraviolet spectrum….

Here’s where things get really interesting. At 260 nanometers, the message which a biophoton can transmit to a biological form becomes scrambled. This is the signature of a carcinogen. Comparatively, Chi, Prana, or the generation and biophotons restores the divine geometry or coherence of the human form, within which cancer cannot live. To wit, in the aforementioned paper scientists explain:

“. . . This arrangement provides the cell with a primitive ‘‘eye” that allows it to locate the position of other cells within a two to three degree accuracy in the azimuthal plane and with respect to the axis perpendicular to it. He further showed that electromagnetic signals are the triggers for the cells’ repositioning. It is still largely a mystery how the reception of electromagnetic radiation is accomplished by the centriole. Another mystery related to these observations is the original electromagnetic radiation [biophotons] emitted by a living cell.”

In fact, this cell-to-cell, non-physical communication, which happens via the biophotonic field is what keeps all organisms alive, and healthy. As Charle L Sanders writes in the scientific journal, Dose-Response,

“Mothersill and many other of such a possibility can be wonderfully important.”

Humans as Spiritualized Light As such the ages-old scientific battle between vitalistic and mechanistic trends in biology and medicine can finally be put to rest. We are light, and thus, light heals all cancer (or any other disease) within us. As Paramahansa Yogananda has stated,