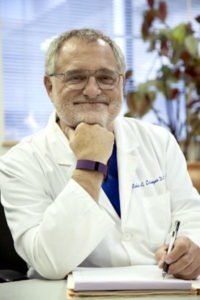 One of the hottest fields of frontier science — which is about to lead to major conceptual breakthroughs in the fields of biology, biotechnology and biomedical science — is the field of biophotons.

I have said for years that the medicine of the future is going to be the use and application of frequency and vibration. Light is nothing but high frequency vibration. The biochemistry predominating in “modern medicine” is so 20th century.

Biophotons were first discovered in 1923 by Russian medical scientist Professor Alexander G. Gurvich (who named them “mitogenic rays”), and in the 1930s they were widely researched in Europe and the U.S.

In 1974, German biophysicist Fritz-Albert Popp proved their existence, their origin from the DNA and later their coherence (laser-like nature). Popp’s biophoton theory leads to many startling insights into the life processes and may well provide the major elements of a future theory of life and holistic medical practice based on such an approach.

A form of this therapy is already being utilized to treat a variety of illnesses. It was discovered and developed in the U.S. in the 1920s.

It fell to the weight of pharmaceuticals in the 1950s because no one can patent ultra-violet light. What is even more exciting is its application in a whole new way of treating these illnesses. I’m talking about a whole new concept of health restoration, as opposed to just fighting disease.

These therapies, called UBI and UVLRx, expose the blood to different frequencies of ultra-violet and colored light (photons) over a 1-hour treatment. One of the big effects of this treatment is to charge the cells with biophtonic energy so they then re-radiate as they circulate around the body, charging up all the other cells with these photons. The additional effects are a boost to the immune system and killing of all viruses, many bad bacteria, spirochetes and, most especially, cancer cells.

Photons have been demonstrated to trigger many different metabolic processes that have to do with establishing and maintaining health.

They trigger these reactions without participating in them.

The spiral molecules of DNA have been shown to be the most important source of bio-photon emissions. That is where they are stored. DNA is the central control of the bio-photon field.

Since 1992, the International Institute of Biophysics, a network of research labs in more than 10 countries, based in Germany, is coordinating research in this field, which promises rapid development in the next decade.

The other major upside to this kind of treatment is that there is no downside. There are no known negative “side effects”!
The future is here right now! A whole new era of “Medicine” has arrived!

Dr. Robert A. Eslinger, D.O., H.M.D., specializes in cancer and chronic disease and is an integrative cancer doctor licensed to practice in California, Idaho and Nevada. He is head doctor at the Reno Integrative Medical Center.
Visit www.renointegrative.com or call 775-829-1009 to learn more.