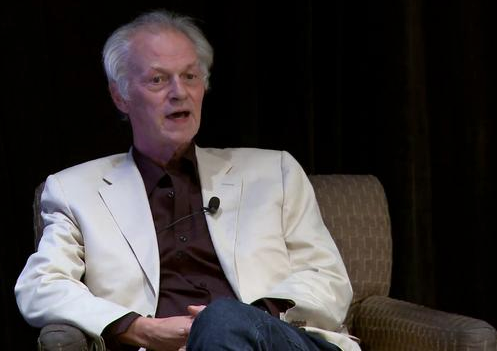 Biontology views whiplash as not just a pain in the neck,
but an energetic scar between the head and torso.

I invented Biontology, or biophoton therapy, about 30years ago, after learning the fact that every cell emits more than 100,000 light impulses per second-known as biophotons. The term “biontology” is made up of two root words: bio and ontology. “Ontology” is the study of the ultimate reality of nature, and the ultimate reality o f nature is light.

Biontology tries to combine many factors including physical and energetic anatomy, physiology, emotions, environmental conditions, the effects of radiation, diet, symptoms, accidents and other experiences. From all Biontology views whiplash as not just a pain in the neck, but an energetic scar between the head and torso this, a biontologist tries to find the cause behind the illness. We do not treat the disease. Instead, we attempt to restore the body’s own healing and regeneration system, after which the body can do what it was intended to do: heal itself.

This light of the body contains all of its information, an entire history from the present moment all the way back to the beginning of your life. Measurements indicate at which point the light is clear and coherent (good) and where the light is disturbed and chaotic (bad). When the light is “bad”,  a biontologist can determine what problem corresponds with the light disturbance-the problem to which it to gradually remove most or all of its problems.

Biophotons are at the basis of all biochemistry. If the biophotons are disturbed, then the resulting biochemical reaction is disturbed, and this will lead to physical symptoms. One cannot correct these physical imbalances without correcting the light. Most therapies just try to suppress the cause of the imbalance, which might eliminate symptoms for some time, but eventually  it will lead to more and more serious problems.

The correct measurement of the light leads to a very accurate diagnosis and, in many cases, the healing of chronic conditions. But the root cause of disturbances uncovered by biontology often delve much deeper than those of traditional medical logic- as illustrated energy. It can lead to numerous physical complaints like asthma by a case I recently encountered.
A man, I’ll call him Paul, came to me with terrible asthma that he had been suffering from for 15years. He was in a wheelchair, on medication, and had a tube inserted in his throat to deliver continuous oxygen. As I measured Paul’s biophotons, I noticed that he had whiplash. I asked him if he had been in a car accident, though, and he answered that he hadn’t.
Many of the problems that we see linked to whiplash are normally not associated with the condition, and most people are not even aware that they have it.

Biontology views whiplash as not just a pain in the neck, but an energetic scar between the head and torso, in other words the energetic body is split, leaving the whole throat area without energy.
It can lead to numerous physical complaints like asthma, thyroid and pancreatic problems,allergies, chronic tonsillitis, stomach and intestinal issues, in addition to neck problems.

Among other things, I used biophoton therapy to treat Paul’s whiplash. Biophoton therapy is able to use the body’s own light to bring the two parts of the energetic body together again in just a matter of minutes. Four hours later, Paul’s daughter called to tell me that all his asthma symptoms had gone.A few days later he came back and informed me that he had actually been in an accident, but it had been so long ago that he had forgotten about it-15 years ago, in fact, just about 3months before he developed his asthma.

Paul’s doctors were baffled by the speed of his sudden recovery. A week after his second  visit to me, his oxygen tube was removed, and the wound the biophoton emission of acupuncture points. Besides car accidents, there are many other possible causes. Any fall, any blow to the head, any contact sport, adjustments to the neck, unexpressed emotions, and even birth- all these things can cause whiplash conditions that affect biophotons, even if they don’t cause immediate symptoms. As in the case of Paul’s asthma, problems often start to occur a few months after the incident, so people do not associate them with their earlier fall or injury.
These whiplash conditions and connections are a very common issue identified by biontologists. Athletes in particular need to keep this phenomenon in mind if they suddenly develop health problems- even if they do not seem related, they often are.
They are generally not recognized by people with chronic health complaints that seem completely separate, as in Paul’s case, but when treated they might lead to miraculous results.