Biophotons And The Universal Light Code

Biophotons And The Universal Light Code  By William F. Hamilton 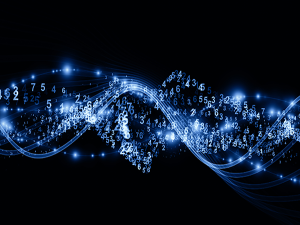 I have been reading a book entitled The Field by Lynne McTaggert, a book that could revolutionize our view of the universe once again. One of the key notions in this book is the discovery of biophotons, a new study in the field of biophysics that could have a far-reaching impact on our ideas of life and consciousness in the universe.

What are biophotons and how were they discovered?

“Biophotons, or ultra weak photon emissions of biological systems, are weak electromagnetic waves in the optical range of the spectrum – in other words: light. All living cells of plants, animals and human beings emit biophotons which cannot be seen by the naked eye but can be measured by special equipment developed by German researchers.

This light emission is an expression of the functional state of the living organism and its measurement therefore can be used to assess this state. Cancer cells and healthy cells of the same type, for instance, can be discriminated by typical differences in biophoton emission. After an initial decade and a half of basic research on this discovery, biophysicists of various European and Asian countries are now exploring the many interesting applications which range across such diverse fields as cancer research, non-invasive early medical diagnosis, food and water quality testing, chemical and electromagnetic contamination testing, cell communication, and various applications in biotechnology.

According to the biophoton theory developed on the base of these discoveries the biophoton light is stored in the cells of the organism – more precisely, in the DNA molecules of their nuclei – and a dynamic web of light constantly released and absorbed by the DNA may connect cell organelles, cells, tissues, and organs within the body and serve as the organism’s main communication network and as the principal regulating instance for all life processes. The processes of morphogenesis, growth, differentiation and regeneration are also explained by the structuring and regulating activity of the coherent biophoton field.

The holographic biophoton field of the brain and the nervous system, and maybe even that of the whole organism, may also be basis of memory and other phenomena of consciousness, as postulated by neurophysiologist Karl Pribram and others.

The discovery of biophoton emission also lends scientific support to some unconventional methods of healing based on concepts of homeostasis (self-regulation of the organism), such as various somatic therapies, homeopathy and acupuncture.

The chi energy flowing in our bodies’ energy channels (meridians) which according to Traditional Chinese Medicine regulates our body functions may be related to node lines of the organism’s biophoton field. The “prana” of Indian Yoga physiology may be a similar regulating energy force that has a basis in weak, coherent electromagnetic biofields.

First discovered in 1923 by Russian medical scientist Professor Alexander G.Gurvich (who named them “mitogenetic rays”) and in the 1930s widely researched in Europe and the USA, biophotons have been rediscovered and backed since the 1970s by ample experimental and theoretical evidence by European scientists.

In 1974 German biophysicist Fritz-Albert Popp has proved their existence, their origin from the DNA and later their coherence (laser-like nature), and has developed biophoton theory to explain their possible biological role and the ways in which they may control biochemical processes, growth, differentiation etc. Popp’s biophoton theory leads to many startling insights into the life processes and may well provide one of the major elements of a future theory of life and holistic medical practice based on such an approach.

The importance of the discovery has been confirmed by eminent scientists such as Herbert Froehlich and Nobel laureate Ilya Prigogine. Since 1992, the International Institute of Biophysics, a network of research laboratories in more than 10 countries, based in Germany, is coordinating research in this field which promises rapid development in the next decade.

There are so many ramifications to the study of biophotonic emissions that it is difficult to elucidate at this time. Biophoton studies seem to indicate that the emission is coherent and that biophotons may be modulated and communicate information not only throughout the body but into the extended environment. It may be the process by which DNA actually communicates its information to protein molecules in the process of morphogenesis. It may have relevance to extra-sensory modes of communication with other life forms and explain many mysteries of life.